wet the 😆 harmonica with a swallow saliva poop 2018,

—- Pooping about saliva as a lubricant

I'm going to lick the mouthpiece.

Swallow's nest is not Chinese food.

The swallow of the swallow's nest is a kind called an swallow.

Swallow's nest is made up of salivary gland secretions.

In other words, it is said that it is glued with cement to make a brick house.

Shape your nest with saliva!

Even if you wipe off the hole of the mouthpiece with a cotton swab every day, if you are careless, isn't there something like a film stretched slightly?💦

Is it something similar and different?

No no.... I don't think there's an or something like that.

(World Cup 2018 First Match Japan vs Colombia 2–1✨ This match was crowded just at this time.)）

Well collect this film to high-quality ingredients .... There's no such thing as ^ω^)

About the components of 📗😬 saliva

First of all, it is about the component of saliva.As mentioned above, saliva has various effects, most of which are composed of moisture.Strictly speaking, 99.5 percent of saliva is made of moisture, and the remaining 0.05 percent are made of ingredients that have various effects.In other words, only a few components in saliva play an important role.At the end of this story, I will write for those who want to know.

Saliva has seven effects.I will explain what kind of action each is, but it is the second action that I use in the harmonica.

Humans use glucose as an energy source when they are active.However, glucose is not present in the food in the diet that humans consume.It is contained in carbohydrates as starch that glucose is bound to.In starch conditions, humans cannot absorb into the body, but it is decomposed into glucose by an enzyme called amylase, an organic component in saliva, and it is taken into the body.If you don't bite well and eat saliva, it will be painful to digest, and you will put a strain on your stomach.

There is a viscous protein called mucin in the component of saliva.It has the effect of getting food wet with saliva and making it easier to pass through the throat.In addition, it moisturizes the mucous membrane in the mouth, smooths the voice so that the voice comes out well, and has the effect of protecting the oral mucosa because the mouth is cut from food and irritation.Saliva is greatly related to getting older, making it difficult to swallow meals, or having dentures hurt.

Saliva continues to be secreted not only at meals but also when sleeping.By being constantly secreted, it washes away the food in the mouth and the dirt on the teeth.It also contributes greatly to the action of washing away bacteria in the mouth, carrying them to the stomach, and sterilizing them with strongly acidic stomach acid.In this way, the self-cleaning action of saliva in the mouth can maintain a clean oral environment 24 hours a day.

The mouth is always exposed outside the body, and bacteria invade through water, food, plaque on the tooth surface, etc.Saliva also has the effect of preventing the invasion of such bacteria.

Saliva has various anti-bacterial components, but a typical example is an enzyme called lysozyme.This breaks the tissue of the bacterial cell wall and helps to prevent the growth of bacteria.Lysozydes have antibacterial properties that work on many bacteria that have cell walls.Lactoferrin, a glycoprotein, adheres to bacteria by itself and inhibits the development of bacteria.Immunoglobulins called IgA also suppress bacterial growth.

In this way, there are about 10 kinds of things with antibacterial components against bacteria in saliva, which has a very strong bactericidal effect on saliva.The expression that it heals if the spit is put on when the animal licks the wound or is injured is very reasonable.

As mentioned at the remineralization action, teeth dissolve easily with acid.This is not a phenomenon that occurs only with acid produced by tooth decay.for example, acidic drinks, stomach acid, etc.The teeth begin to melt when the mouth tilts to acidic.This acidic-leaning action that returns the environment in the mouth to neutral is called buffering action, and saliva plays a role in it.

In this way, saliva has various effects, and it works to keep the body healthy.Saliva is amazing.

Components other than moisture in saliva can be broadly divided into two components: inorganic and organic.Inorganic components contain the following substances:

The organic components of saliva contain the following substances:

Saliva contains so many different substances. 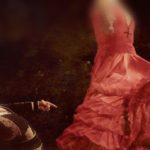 Take1—-Today's Obrion yesterday had a speed of 95, so I'm going to play it at 85 this time, but I'm going to play it with the rhythm of tango. ( ́∀') Originally, it would be nice if the long phrase of the guitar entered a little after the theme, but since it is practice to the last, I will go to the second turn immediately. Because it is a tango, I play it with sharpness. Powerful and romantic, vibrato is also strong. However, it is a mismatch with the video image. However, it is not to try to make a ... 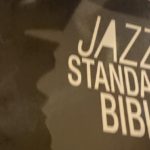 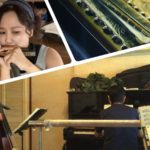 Moon River/ How to Blow

The sage and parsley came back to life.It was a warm feeling.And the fresh wind and the soft sunshine.   On weekends, I was busy with my daughter's hospitalization procedures and was busy all day long.I've lost my condition in this climate again, but I just hope it will get better soon. When I blew the Moon River, my daughter told me that she was able to sleep well. It was less than a month when I tried to play with a gentle tone so that my daughter could sleep well. So the theme was healing. At that time, I ... 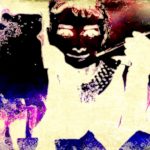 I got a cigarette in my throat. Smoke Gets In Your Eyes Threat When I play in a live house, there are some sad things even though it's fun. That's when there's cigarette smoke.I don't think smoking is always a daily occurrence in a live house, but sometimes there is smoke. Based on the fact that many harmonica-playing people will go to a live house and play an active part in the future, I wrote with the hope that I can contribute to the health of harmonica players who are already active.   Playing the harmonica breathes more air. If ...