Lately … I have recently thought.It's about music, but I feel that what I like about it is something that's ly rolling around by listening to a lot of things.

If you don't have a lot of experience, it's hard to find out about such a thing.So you need a little curiosity, and beyond that… Does it depend on the person?The reason is that it is not possible to change it to the custom easily when becoming an adult. 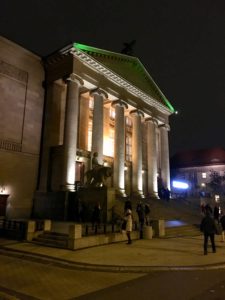 I was not at all concerned with what I called the name of the title for a long time, so I just listened to what I had written in my ear until I got tired of it.

So what do you really like from people?If you are asked, you may have trouble answering.However, because the child did ballet and went to the opera, the name was well understood about these music.So easy to talk to.

However, it was not able to talk because the story of other music was vague.

There was a time when I was just drawing while listening to music.I have never learned how to draw.Read read books from libraries and bookstores.They go to a museum 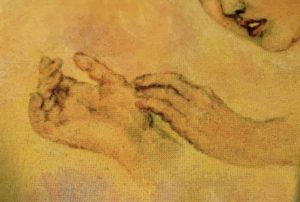 When my daughter was young, she drew her sleeping face and her soft hands with very beautiful colored pencils.

The title of the music is useless.I'm going to image it.

Is there something autistic?I wonder if it's because I grew up in a tough family.

I lived with great awareness of what my parents told me when I was a child.My range of action would have been very narrow.A high school friend who came to my concert the other day lived for hitoko's house!He told me that he had devoted his life to his parents, even though it had been decades.

Come to think of it, when the teacher who was the teacher in charge of mathematics went to the reunion, the old story which told me about the course came out, and I who had been decided from the time of the child such as the course said to the teacher, "Teacher!Silent!The teacher said with a laugh that "I of that day" did not leave my mind.

My friends and teachers must have been so stubborn that I remembered it over the years. 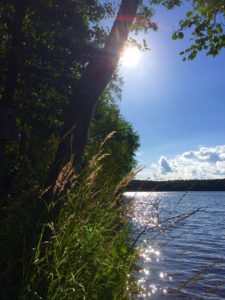 Oppression can be energy.Sometimes it's depressing.

It is not so at all though it is seen like freewheeling from the end when going outside.

I usually want to complete my own things, so I can't go anywhere unless it's over.There is a person who is unpleasant if it does not complete it more than getting old to some extent.Perfectionism?I know that perfectionism is impossible.Well, that's the way it is, but now I'm trying to go outside before it's finished.

Especially, it was under the necessary because music was the one that people listened to.

It's not like painting or cooking.When I play it myself, I think it's part of the work.If that's not the case, you can bring your own recorded music to the harmonica club you're participating in.(And the mistake is also charming!!!Isn't that all right?）

In general, paintings and dishes show completed things rather than showing movements (these days, these are also videos), but people who call it music or performing arts may show movements, including sound.No, because it is a good place for an amateur such as me, it is better to enjoy the eyes if you play music and see the angle.This is an essay, so I'm just writing what I thought.） 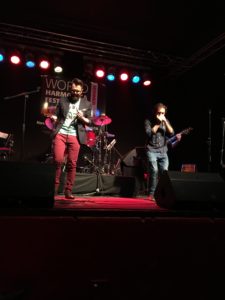 Of course, if you listen to music on DVD or CD, it will be no different from the paintings and dishes mentioned earlier.

Anyway, I started playing the harmonica and became conscious of going out to complete what I have now.I also realized that the process takes a lot of time.If the experience value is done by the occupation, it will be polished inevitably.Therefore, the professional might be refined.

It's very nice that friends and music friends who know me a little take me out.

Even if any dry opinion is wrong, the opinion is very grateful.It's good if I choose.

I was able to live up to this point.I think I've contributed to people as well.And I am grateful that I would have always been able to see from someone with warm eyes. 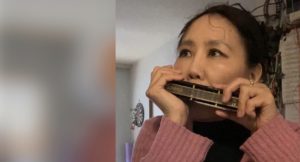 It is me who spreads the hearing after a long age.
There are many happenings in me.There is agitation.You may not know that, but…

Ad lib... There are times when I don't think I need complicated ad libs. I think that it is a thing to think wit...

Recently, I had s mouth flame with the harmonica, and I was in pain and troubled, so various thoughts came up. While wo...

I got a cigarette in my throat. Smoke Gets In Your Eyes Threat When I play in a live house, there are some sad things...

1. In speaking of the harmonica of Argentine passion / Hugo Diaz …

Currently, I am very interested in playing harmonicas like harmonica companions, accordions of the same lead instrument,...