It is an outdoor venue in front of Akiruno station on the day, but rehearsals are held in Yotsuya. Kojimachi Cafe Marina.

It took me a day to get the harmonica after I stopped by Taniguchi musical instrument because I couldn't fix it by myself.

That's why I was so exhausted on my way home and i was moved to tears because I didn't have the strength.

For the time being, it's just around the

My BONIKURA JAZZ BAND is the second from the end.

Each band has 30 minutes including all the time, and 15:30 is the time of the band that I come out.

Append
BONIMURA JAZZ BAND 14:30 (The description is a modified time.)）
Postscript Tomorrow, it will be held an hour early because it seems to be rainy weather from the evening, so it became 14:30.
I am worried about the weather because it will be canceled if it rains on the day.I hope it will be fine🤲

There is an aside for a moment.Recently, it has become common for drums to enter in my head.The songs I wanted to play are very active in drums.

And, the tune of the enjoyment on the day which is still a secret now does not like it very much when the ad lib that I made happens to the score.

So I had no choice but to spend a lot of time thinking about it and i didn't have much time to do it, so I quickly listened to the harmonica player's songs that I liked.

When you don't have time, it's the quickest.

And it will be the number one study.

Why didn't you do 4 baths for bass and piano because you were a little tired and absent-minded?Let's put a second riff in, too?

I was laughed at a lot because I said what.

I was involuntarily embarrassed.(= '')

But if you want to do it, you can play bass and piano.Decided to this by saying.

I'm happy, but it's a little fast and difficult, and it's the first time I've ever had an outdoor stage, and I just hope it goes well. 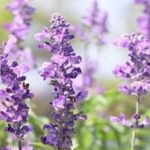 Hello(^^) I feel like autumn has suddenly become like autumn for the past few days.Please be careful because the legs and legs get cold before you know it.Cold is a great enemy. And to prevent the cold of the harmonica     Harmonica Warmer (^^^) Taniguchi musical instrument who often goes is there, but I also have ❤️ detail.php Well, I asked a friend I bumped into the other day, "When's your next live?"I was asked. The health of the family was not good for a moment recently, and a lot of time was spent on the care, and it was not ... 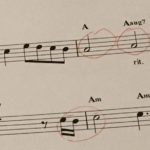 It's a lot of effort to score ad libs.First of all, there might be a lot of people who think that it will not be possible to do the score. If anyone thinks this song is good You want to imitate it, don't you?I want to remember it!What You think so right!If it's a score I want to play it while watching it.That's why I'm going to score. You can play with plenty of time when you score. In addition... You can also apply the code from what you have learned. It's like a puzzle. There is no thing to ... 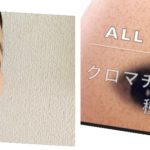 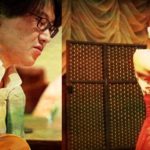 Currently, I am very interested in playing harmonicas like harmonica companions, accordions of the same lead instrument, or band neon. When I talk about the harmonica of Argentine passion, I can't tell you enough in one word, so I will try to feature it in several sections from now on. Speaking of Argentina, the harmonica player Hugo Diaz. I'm sure many harmonica fans have been surprised so far, but he is a traditional harmonica player who has been active in the formore and tango genres. Have you heard his passionate sound? The harmonica is added with a big mouth, and ...

Harmonica Girls Must See!Lipstick with good color, also for measures against rough lips