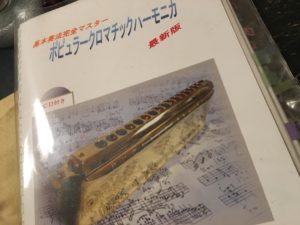 I tend to work too hard, so I have to be careful not to break my body.

I was finally forced to go to the hospital.Here's what we learned from our mistakes.

The teacher said that he didn't teach me so much and didn't have much to do, and he said he was going to do the song quickly, and he said, "I have to finish the method quickly!"A sense of mission?It might be because something like that has been made.

I can't keep my harmonica breathing these days.

When you play an uneasy vague sound, when you wipe the treble part,

I had been conscious of my right eye getting thinner and thinner for about three weeks.

And, the eyelid spasm began to occur frequently under the right eye at last.

After that, I feel tired of sucking the harmonica and listening to the sound in my ear.

I decided to take a little rest from practice.

However, it blew a little still, and the state deteriorated further.It contracts not only under the right eye but also under the left eye at work, both eyes dry, the sense of incongruity which was rumbling, and the lighting of the room are dazzling.

I knew that the trigger was too much practice for harmonica, so I thought that if I rested, I would be able to recover eventually.However, I heard that it would be worse if I left blepharospasm as it is, so I decided to go to the hospital.

When I went to the eye clinic first thing in the morning and had it diagnosed, I was told that I had blepharospasm.I use Botox for convulsions, so when I asked him to stop me, my eye doctor told me to go to brain surgery because I couldn't treat it if I didn't know if the convulsions were just convulsions or from the brain.

The convulsions are getting worse and worse, so I went to brain surgery after going to the eye clinic.

On this day, I was lucky enough to have a brain surgery outpatient clinic, so I was able to get an MRI right away.The diagnosis is still blepharospasm.Relief because it was not derived from the brain.My doctor told me to take a rest and I was prescribed a convulsive medicine. 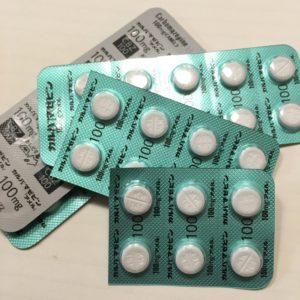 The reason why I can write this is because I know that fatigue caused by the practice of harmonica is the cause of blepharospasm.

In order to keep the attachment to the harmonica that began to take care of the body,

to convince yourself not to cause impatience

I decided to note what I had practiced.

To tell the truth, I take a rest to play the harmonica only a little after this hospital.

One day, I somehow had a harmonica in my mouth.

Strangely enough, octave playing (e.g., blowing the higher de and the lower one at the same time) has been made!

There is no power to blow.I pulled out the power and added a big addition and made a sound.Then, it was able to be done.

If there is a person who wants to see this and try it, I think that it is good to close it with the tongue.This is good at this point.In my case, I was able to do it because I closed it by chance.

Beginners are eager to make a sound and can't relax.The because it is not possible to close the hole of the mouthpiece firmly yet.

Since I knew the chromatic harmonica, there were veterans around me who had been playing harmonica for decades besides the teacher, so your way of blowing was laughed at as an amateur no matter how much you blew it.

The place where it is not possible to do for more than two years even if the tune with a high degree of difficulty was played might be because it told the harmonica by force.I knew clearly the difference of the sound with the veteran.

For the time being, I said on Twitter, "I need a little rest.The because there was such a thing though it said.

After all, the period when it comes to be able to manipulate the harmonica well does not become much different as time passes.

If you try to learn in a hurry, you will get an eyelid spasm habit, so it will not be unreasonable to go.

It is important to gradually attach facial muscles suitable for harmonica so as not to cause convulsions.

It was deleted before the video was uploaded to YouTube before it was released. It is a...

I still have a lot to learn about music, but this is how corona is rampant, and I miss it because I can't get togeth...

What I think when I make a nursery rhyme [red dragonfly]

※ You can see the video of the red dragonfly in the lower. Steady activity To be alive sober .... I think it's go...

What kind of activities are you doing as a stay home? I'm of course a harmonica and more. In my private affairs, I&...
Harmonica Improvement / You Can Play More Than A Pro!
2019 August is over